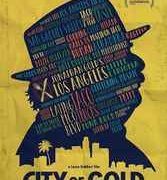 “With eternal curiosity, razor-sharp intellect, and existential longing, Gold is a culinary geographer taking us where no critic has gone before.” —Sundance Film Festival

Join Pulitzer Prize–winning restaurant critic Jonathan Gold on a journey through the diverse underbelly of the Los Angeles food scene. Gold enthusiastically visits all corners of the city—from taco trucks, strip mall burger joints, to pho shops—while insightfully uncovering the stories of their owners who risked everything to share their cuisine with Los Angeles. With Gold as a loving and curious guide, the film illustrates the breadth of LA’s cultural diversity through food. Official selection at the Sundance Film Festival, South by Southwest, and DOC NYC.

Join director Laura Gabbert for a discussion after the screening.