Blog - Latest News
You are here: Home1 / A taste of Northern Spark

I attended Northern Spark last night along with what feels like most of the city.  I wouldn’t dare call this post a recap as I only visited the St. Anthony Main area.  In four hours, I feel as if I only experienced a portion of what there was to see in this one area of the city-wide event.  Nonetheless, it was FANTASTIC!  As mentioned above, it felt like the whole city was out last night and there was a great sense of community and adventure.

We arrived around 8:30pm, even though most events didn’t start until around 9pm.  We were able to pick up an event map and  explore the St. Anthony Main area before sunset.  Mother Nature apparently wanted to partake in the event and produced a spectacular sunset.

There were also a good number of food trucks and food vendors.  Gourmet popsicle maker 10,000 Licks had a special caffinated popsicle just for this event. 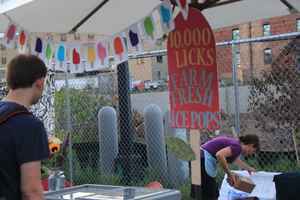 Have you ever seen bike powered puppet shows?  You could have if you attended Northern Spark. 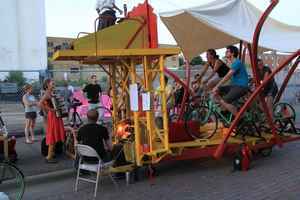 My favorite exhibit by far was the Wonder/Think project.  Displayed in windows above Main Street, real time twitter messages that begin with “I wonder” or “I think” were displayed along with flicker images for words also found in the tweet.  Although simple, this exhibit was so fascinating to see.  I could have stayed here and watched for an hour.  Unforutnatley, there was so much other stuff to do! 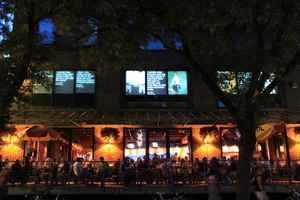 Kevin Kling, often featured on MPR, recited one of his stories beside a gorgeously lit Pillsbury Building. 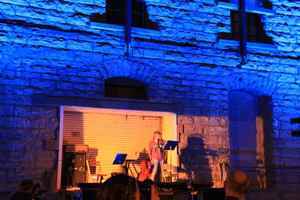 The art shanties were at Northern Spark!  The Naughty Shanty put on puppet shows! 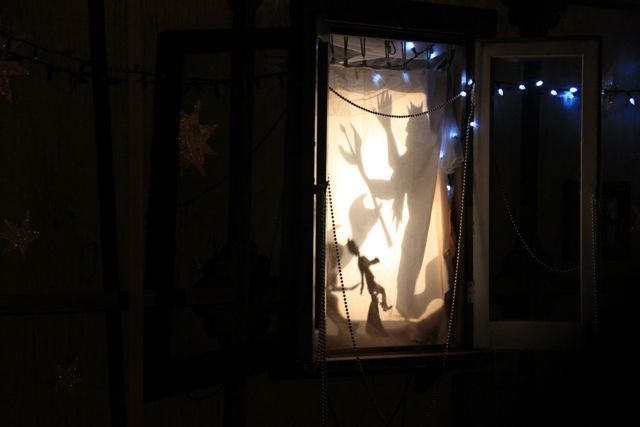 One of the main reasons I attended Northern Spark in this area was the 10 Second Film Festival, which features 100, 10 second films categorized for judging by the audience.

One of my favorite exhibits was the mobile dance party by the Stone Arch bridge.  Two Tipsy Bike DJs created a mobile club by attaching awesome lights and serious speakers to their bikes.  Everyone was dancing and having a really good time. 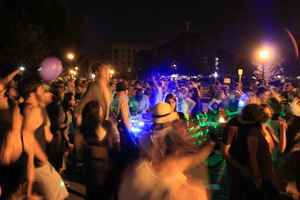 Bottom line, DO NOT MISS Northern Spark next year.  This event has officially exploded and it will only get better with time.