Blog - Latest News
You are here: Home1 / Beneath the Sands of Egypt: An Archaeologist Explores the Valley of the... 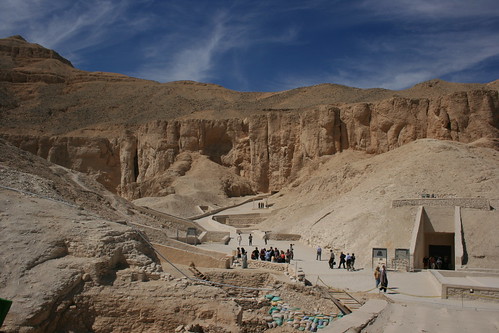 Join the Minneapolis Institute of Arts for a free lecture on Egypt and the Valley of the Kings this Saturday.

After nearly 200 years of exploration, and over 90 years since the finding of the tomb of Tutankhamun in 1922, the Valley of the Kings continues to produce new discoveries and insights. In this lecture, archaeologist/Egyptologist Donald P. Ryan will share some of the surprises he has uncovered while investigating lesser-known tombs in the ancient royal cemetery, including the recently-identified mummy of the female pharaoh Hatshepsut.

Ryan is with Pacific Lutheran University, and holds his degrees from the University of Washington and Union Institute. He has done extensive fieldwork in the Valley of the Kings, and co-directed (with Thor Heyerdahl) the excavation at the Piramides de Guimar on the Canary Islands.