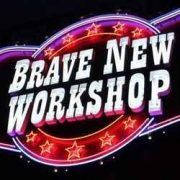 This New Year’s Eve, bypass the clubs, skip the hotel ballrooms and make a beeline for Brave New Workshop Comedy Theatre on Hennepin Avenue. It’s New Year’s Eve Improvaganza, an entirely improvised show featuring BNW actors creating comedy gold from your suggestions and the off-center insights of their own imaginations. In addition to the comedy, enjoy all the festive trimmings of the holiday, including party favors, drinks available for purchase, and a special BNW-style midnight countdown. Learn — or remember — why Brave New Workshop has seen more than 50 New Year’s Eves come and go: Year after year, they deliver some of the funniest sketch and improv comedy around.