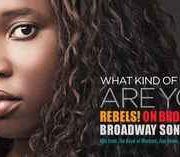 Defined by hit shows like The Book of Mormon, Kinky Boots, Fun Home, School of Rock, Hamilton and In the Heights, a new generation of Broadway shows is redefining the possibilities of musical theater. Now, the Ordway Center for the Performing Arts’ popularBroadway Songbook series pays tribute to these modern classics with REBELS! on Broadway. Assembling a cast of some of the Twin Cities’ most talented singers, this concert features favorite songs, anecdotes and stories from Broadway’s hottest shows, and will have you singing and laughing along all night.

Goldstar has a limited number of discount tickets starting at $18 (Reg. $37).