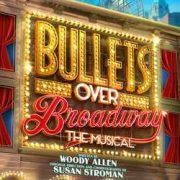 Goldstar is offering a limited number of discount tickets to Bullets Over Broadway at The Ordway April 12-17, 2016.

Based on the screenplay from the beloved film by Woody Allen and Douglas McGrath, Bullets Over Broadway unites the filmmaker with Tony-winning director-choreographer Susan Stroman (The Producers) for a hilarious musical comedy that brings New York’s Jazz Age to life. Young playwright David Shayne is looking for someone to back his next show. Enter: the rich mobster with the actress girlfriend. Loaded with big laughs, colorful characters and the songs that made the ’20s roar, Bullets Over Broadway brings the musical comedy back with a bang.

Nature Hike: Life on the River