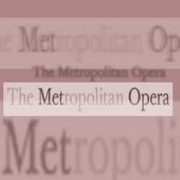 The Metropolitan Opera National Council Auditions – Minnesota District – will be held Saturday, January 23, 2016, at the ORDWAY CENTER for the Performing Arts in St. Paul, MN in the newly opened CONCERT HALL.  This hall is acoustically perfect and contains 1100 seats (more intimate than the 1800 seat Music Hall.)  For concert goers, the new space will provide a connection between the audience and musicians like never before. No seat is more than 90 feet from the stage.  Gayletha Nichols, Executive Director, Metropolitan Opera National Council Auditions saw this hall in January during the Region Auditions and suggested that it would be the best possible place to hold the auditions – and so we will be holding both the Minnesota District Auditions, and the Upper Midwest Region Auditions (which will take place the next day Sunday January 24, 2016) in this beautiful Concert Hall.

All audition events are free and open to the public.