Blog - Latest News
You are here: Home1 / REVIEW: The Bodyguard, the Musical 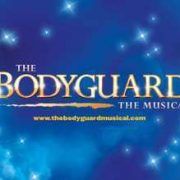 Whelp, there’s nothing new here folks.  You’ve heard the story (via the movie), seen the generic choreography and heard all the music (via the incomparable Whitney Houston).  That said, The Bodyguard the Musical can still be a lot of fun.  Go to see The Bodyguard if you want to see an incredibly talented singer (Deborah Cox) continuously belt out some of the best songs from the past few decades.  That, in and of itself, is a perfectly good reason to attend that will leave you feeling satisfied.  If you were wondering if anyone could live up to Whitney, wonder no more; Cox nails it.  If, however, you’re looking for more entertainment beyond that, you will be disappointed.  The story, for example, is not something to think about on any sort of intellectual level; the many holes and loose ties to reality will make you wonder if you were experiencing early onset dementia.  I often found myself bewildered and confused by the story and the way it was staged. In many “serious” scenes, my first instinct was to laugh out loud because it was just so campy and ridiculous.  No part of the production was particularly noteworthy, with the specific exception of Deborah and the musical score.  In the end, I’m OK with that because that was an incredible combination.

DEAL ALERT: Student and Educator Rush Available! 2 tickets per valid student or educator ID. $25 per ticket, cash only. Available at the box office two hours prior to showtime. Subject to availability.

Lit up by lululemon
Scroll to top