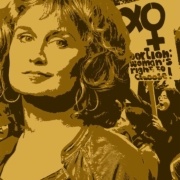 Roe plays at the Mixed Blood Theatre in Minneapolis March 15, 2019 thru March 31, 2019 (prior preview performances also available). Tickets for purchase are available for guaranteed admission but you can also see this show for FREE with their Radical Hospitality program.

ROE, a theatrical survey of the complicated and fiery underpinnings of Roe v. Wade, the U.S. Supreme Court ruling that established a womxn’s right to an abortion. Roe precisely illustrates the fractured and fracturing history of one of the most polarizing social issues of the modern era.

Sarah Weddington was a 26-year-old lawyer when she argued Roe v. Wade and accidental heroine Norma McCorvey was a 22-year-old poor, hard-living lesbian bartender seeking to end her third pregnancy when she first agreed to be the plaintiff under the pseudonym “Jane Roe,” decades before she renounced her involvement in the case and became an anti-abortion advocate. ROE is an historically sweeping rare play that takes this inflammatory American issue head-on. Lawyer’s and plaintiff’s subsequent journeys mirrored the American divide.