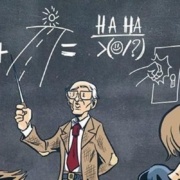 The Comedy Corner Underground, in conjunction with the comedy club at the University of Minnesota, announces a new course offering:

Introduction to art/craft of poop jokes.

Monthly show integrates free admission (for all students 18+, $7 for everyone else) with full menu and cheap parking.