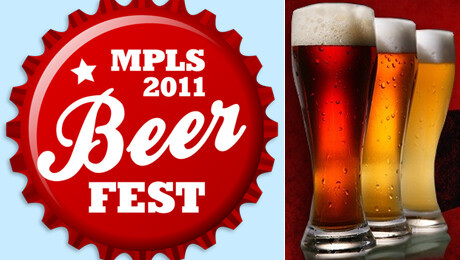 The first-ever Minneapolis Beer Fest gets untapped on two huge parking lots near the Metrodome. Sample from your choice of more than 300 domestic, imported, specialty, craft, seasonal and micro brewed beers! It’s your chance to try those beers you’ve been eyeing at the store, plus a bunch of great brews you never knew existed. There will be more than 50 vendors, six great food trucks (food not included in festival ticket) and two musical stages with live bands 4onthefloor, White Iron Band and Jambo Joe Bones. Your general admission entrance fee gets you a souvenir tasting glass that you can use to sample any beer being poured by the brewers. Or, purchase a VIP ticket for early entry, a VIP area overlooking the stage, free 12 oz. beers, appetizers (while supplies last), private bathrooms and a deck and sitting area.