Blog - Latest News
You are here: Home1 / WIN TICKETS to The Saved by the Bell Show 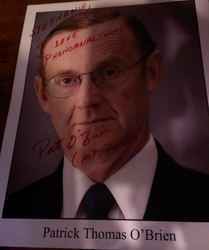 Go Bayside!! Zack, Kelly, Jesse, Lisa, Slater, and Screech are back for more episodes, more commercials, and more adventures! Come join the fun and excitement where you and your friends become the “live studio audience” as the gang learns what to do if you break an Elvis statue, meet a big movie star like Johnny Dakota, and try to protect Jesse from the danger of caffeine pills! Don’t miss this final run of the show including a very special appearance by Patrick O’Brien – the original Mr. Dewey from the TV series!!!

Click here to read my review of their last run.

I have two pairs of tickets to give away to the show on May 2nd at 10pm!  To enter, comment on this Facebook post and let us know who your favorite Saved by the Bell character is.  Two winners will be randomly selected April 27th at 8pm an announced via Facebook.