Blog - Latest News
You are here: Home1 / Celebration of the Proclamation of Short Pants Season 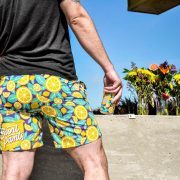 Fellow Twin Citizens, we value our summers almost more so than anywhere else in the country. Therefore, Bauhaus Brew Labs seeks to herald the changing of seasons by marking the start of Short Pants Season with a day of cheer and festivity. In conjunction with the Mayor’s Office, the city of Minneapolis is officially declaring April 21st the Official Kickoff to Short Pants Season!

Join us at the Haus starting at 11am on Saturday. First 50 people to arrive will receive a free pint of Short Pants Lemon Shandy. Former Mayor R.T. Rybak has graciously agreed to read the official proclamation and host the Inaugural Cutting of the Pants Ceremony to take place at 12pm sharp. Following the ceremony, taproom goers can expect an afternoon of games, food from Hibachi Daruma, photo opps and plenty of fresh-flowing Short Pants Lemon Shandy. We encourage all attendees to wear their short pants to receive a $1 off their beer and we’ll also have a short pants cutting station set up for those who want to turn those long pants into the real deal.