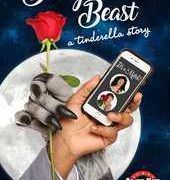 Brave New Workshop is smart.  The often politically charged theater recognized that after a two-year-long presidential campaign, everyone needs a break.  Rather than ask people to endure yet more jokes about the state of politics, the Brave New Workshop chose a topic that, even in this modern era, hasn’t changed much.  That topic, of course, is love and dating.

Although I haven’t been on a first date in over a decade–well before the launch of the iPhone, let alone the ubiquitous dating app, Tinder–I really enjoyed the show.  As always, I have to give a big shout out to Lauren Anderson who starred in some of my favorite sketches.  She’s a gem whose bold, unflappable, and physical comedy never quits, particularly during a scene in which her character prefers Good Vibrations from Marky Mark and the Funky Bunch as “mood music.”

Booty & the Beast: A Tinderella Story is a fun Valentine’s Day treat for people in all stages of romantic attachment, from couples in long-established relationships to confirmed bachelors and bachelorettes.  The skit about a St. Paul couple trying to tell each other a “sexy story” had tears of hilarious recognition streaming down my face.  Like most BNW shows, nothing is too sacred if there’s a laugh to be mined.  With raunchy covers of classic Disney songs, it’s definitely not for the prudish or squeamish.  I would definitely not recommend this show for a first date or night out with the parents–well, at least not my parents!  But if you’re not afraid of possibly being deeply offended, Booty & the Beast provides for some wonderfully outrageous moments that will stay with you long after the ride home.

Booty & the Beast is at the Brave New Workshop comedy theater in Minneapolis through June 24, 2017.  Some discount ticket opportunities are available, click here for more information.